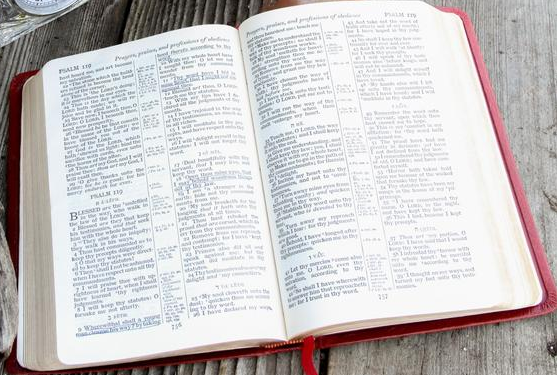 The Bible is the “voice of God”, the special revelation whereby our Creator has expressed His will in written form in such a way that by reading we might understand (Eph.3:4). The Holy Scriptures possess perspicuity, and each verse has only one meaning.  Through His precise and perfect revelation, God expresses his love, truth and scheme of redemption through His Son, Jesus Christ.

This video sermon deals with using the BIBLE ONLY as our guide in religion. This is the fifth presentation in a series of lessons entitled: “12 Reason Why You Should Investigate the Church of Christ” presented on the Let the Bible Speak program in the 1960s. The host was brother Ronny Wade (1936-2020). We hope you enjoy this powerful  presentation. (For more videos like this one, visit https://letthebiblespeak.tv/).

SERMONS AND ARTICLES ON THE SACRED SCRIPTURES

The Ancient Faith website is a thematic collection of scholarly yet simple Bible essays and sermons, many of which were composed by Restoration preachers such as J.W. McGarvey, Moses Lard, Benjamin Franklin, and Alexander Campbell. These courageous men of faith through hours of Bible investigation studied themselves out of denominationalism, asking for “the old paths” (Jer. 6:16) and seeking to return to “the faith once for all delivered to the saints” (Jude 3). We join with these men in their fervent plea to restore “the ancient order,” “the ancient gospel” or, as it was sometimes called, “the ancient faith.”